When Apple announced new iPhone at the beginning of September, I got impression that smartphone trend ended finally. The industry has been running along with mobile trend for about 10 years. I need overview what is going on Apple and iPhone mainly from point of view of business in this article.

Lineup of new iPhone seems to adopt pricing strategy such as consulting firm usually sell it to big traditional companies. It is not like Silicon Valley way. Let's look at the price range they drew.

US dollar is adopted for comparison. On a yen basis, the balance of taxes and international pricing (roughly Japan is likely to be priced higher than North America) must be considered. It complicates analyzing. Apple should also prioritize pricing in the US, the biggest market.

iPhone X's lineup are revised by three levels of iPhone XR, XS, XS Max. Rich variety was born in high price range. From the lowest 7 to the highest XS Max is as beautiful as a gentle hill made artificially in the gated area where wealthy people live. Apple spent marketing expense and has been telling "only the new line-up iPhone exists in the world". As Steve Jobs did, Apple has been hyping like "former products are bad, new products are revolutionary". The purpose is to make customers imprint the following lineup.

This pricing strategy is inducing consumers to buy higher merchandise than the current ASP. The update looks Apple have the intention to normalize "1000 dollar phone" by varying options of high price range.

Pricing is certainly important for business activities. Sometimes it is possible to raise the profit margin by several percent by just pricing ingenuity. Only Apple can sell or distributes iPhones worldwide.Apple's $ 1 trillion market capitalization deeply depends on the phone.

Behavioral economics tells us that easy-to-understand policies set by the supply side or regulator do not necessarily bring direct results likely to be predicted in theoretic approach. Humans are inherently distracted by several other peripheral factors, when measuring the merit of purchase. They are often accustomed to relying on published reference points such as “manufacturer's suggested retail price (MSRP)" in many cases. It doesn't matter Whether the reference point is appropriate or not.

People are also very sensitive to how much the neighbor paid for the same product. Timing and context are also important. Consumers are often quirky, and behavioral economics tells us that it is "natural" even if it is not necessarily rational. This can also be applied to business person who wear expensive suit. Most of human beings are animals, not homo economicus(mankind considered completely rational)’.

People is sensitive to the price conveyed first. This is called "anchoring effect". Daniel Kahneman and Amos Tversky are demonstrating in their Nobel prize study that reference point chosen by humans first have a major influence on the perception on value. Even if other relevant information is easily available for decision making, it will often be dragged to the selected reference point.

In other words, even though everything about smartphones is overflowing on the net, consumers can be influenced with Apple's pricing easily. Apple has imposed strict regulations on retailer, so Apple's preferred price never corrupt at stores. That's why pricing has a crucial power in highly exclusive Apple Empire.

Look lineup again, you might find intent behind pricing

Enthusiastic consumers think "buy new iPhone from this line." There is no reason to think that "this pricing is strange" for them. People are dragged by reference point that they first learned, although access to a lot of information such as specs and prices of other products is very easy.

Apple exploit psychological state called “social proof”. iPhone has been a product people purchase enthusiastically for a long time. People tend to be influenced with judgment made by others rather than judgment by themself.

iPhone is in same category of luxury goods, so it has the same effect as appealing social status as well as wearing a luxury suit does. The iPhone provide "side effect" besides the substantial benefit as smartphone. Of course this is just an impression, but consumers who have continued to buy the iPhone until this generation, except for the gamers who love mobile games so much, are not interested in computing performance of the hardware.

You may wonder why Apple made this pricing. Look at Apple’s business.

iPhone is a pillar of Apple's business without any doubt. In the latest Q3 2018 Earning Call, iPhone sales contributed over 60% of revenue. Although iPhone sales volume has stop growing since 2015, revenue on Q3 2018 grew 17% year on year, which is significantly higher than Wall Street forecast.Profit also improved 32%(YoY).

Roughly speaking, Apple succeeded to raise ASP, that is the main factor of Apple keeping to grow business despite shrinkage of iPhone sales growth after 2015. ASP marks the highest value in 2018 Q1 at 796 dollars, staying at high level in Q3 at 724 dollars.

Bloomberg's table is easy to understand.

There is not much market left for the iPhone.

Growth rate of worldwide smartphones shipment has dropped annually. Shipment didn't grow in 2017. In 2007, the year when the iPhone appeared, the smartphone's ASP was over $ 400. In 2017 it fell to $ 300 ++. This factor is attributable to the fact that emerging economies are increasing their presence in the proportion of smartphone shipments, as well as manufacturing costs have been reduced due to expansion of shipments and innovation in producing process (Source: Kleiner Perkins "Internet Trends Report 2018").

The iPhone has already absorbed demand of rich countries and emerging countries including much amount of wealthy people. In India, a frontier of smartphones nowadays, smartphone ASP' is $167, very lower from price range of iPhone. This situation seems to be similar in the next battlefield such as South/Central Asia and Africa. Wireless networks in these countries may develop beyond the fiber network, and it is doubtful whether today's smartphones are "a required computer form" for the countries in the future.

For this reason, Apple is considered to decide to strengthen 'taxation' from a certain territory so that Apple's stock price keeps on rising trend. Let's look at the iPhone from the viewpoint of the user.

By the way, How about the value for money of the phone? In conclusion, it’s doubtful. Trusted Reviewer's Dave Lee alarmed that you should not immediately switch from iPhone X, to XS, XS Max.

He had been complaining about coating a glass easy to break into a very expensive phone and switching the MacBook function key to a touch screen.

In fact, how much is the manufacturing cost of the iPhone? It is the turn of a disassembler. Daniel Yang & Stacy Wegner did a perfect job at Techinsights' s "Apple iPhone Xs Max Teardown" (People who want to see nude pictures should visit the site). The following is an excerpt of Techinsights.

iPhone XS Max(256 GB)'s parts price is estimated about $ 443, and it is sold for $ 1249. Apple iPhone X(65GB) parts price is estimated about $ 395, sold for $ 999. Of course, we have to take into account the costs of assembly, logistics, distribution, marketing expenses, etc. in addition to the total parts, but it’s clear that Apple make premium thicker at this time. CEO Tim Cook was originally responsible for procurement and supply chain, and well known as tough attitude toward suppliers, so it is likely that parts price can’t be volatile over estimated price.

Even so, if computing performance improved as price hike, Apple may offer enough value to customers. System-on-chip, A12 Bionic is claimed like this. "Compared to the A11 Bionic on the iPhone X, the A12 Bionic is 40% more power efficient and GPU is 50% more powerful." Apple succeeded in miniaturization and adopted "world first" 7 nm (nanometer) process. The number of transistors has increased by 60% from former model to 6.9 billion , and the transistors which has increased has been exploited for Neural Engine dedicated to machine learning. This machine learning capability seems to be the key for the future of iPhone.

The rule of chip miniaturization can be considered as "the end of Moore's Law" already. The occasion that miniaturization improves processing speed, power consumption, and cost, has already ended, and in recent years it has been optimized, such as increasing the number of cores, devising control methods, improving instruction set and speculative execution etc. The industry has been advancing miniaturization while accepting high cost, and adopt the way to pursue economical value with various technique.

There are only two or three foundries that can produce 7 nm process now. Investment for new fab line is said to exceed a few billion dollars. Technological development is also very difficult. Period to introduce the next generation is predicted to be stretched. At the same time, the chip development is not necessarily guaranteed commercial success, so there is an increased risk for the foundry.

There are economical restrictions that miniaturization is harming cost efficiency and physical restrictions that there is a limit to miniaturization of chips. John Hennessy and David Patterson repeatedly claims "the end of Moore's Law" and "now is the best time to become a computer architect". There is rhetoric telling that now is the Cambrian age of computer architecture, when surface of earth is covered with water completely and living system has explosively diversified. it is transition from the design of a von Neumann type of general computer, but the architecture corresponding to each purpose will be designed.

Since limitations are beginning to be seen in the processing capability for general purposes, it is difficult to raise the computer performance at a constant tempo every time the iPhone changes its generations, but for the GPU for image processing, machine learning There is a possibility to provide new value to consumers by placing chips specialized for any particular application such as Neural Engine.

Limitations is emerging in the processing capability for general purposes, so it is difficult to raise computing performance at a constant pace every time the iPhone changes its generations. It is possible to provide new value to consumers by placing specialized chips, like GPU for image processing and Neural Engine for machine learning.

However, this limitations as hardware does not need to be solved with hardware alone. If the network gets faster, there is a possibility that the processing that should be done by the terminal decreases drastically. There is also the possibility that edge computers and clouds with specialized semiconductors will open up possibilities for computing outside the form of smartphones. I will consider this in another article.

The iPhone who was born in 2007 and has been making people enthusiastic, is thought to have fulfilled its mission. The iPhone got no surprises of "changing the world". I think that it positioned at "luxury items" like Benz, BMW for young people.

Apple's market capitalization exceeded 1 trillion dollars, but in recent years the only innovative product is Apple Watch. The cost of buying own shares exceeds R&D expenses, and always move slowly in terrific area like machine learning and AR / VR.

The ability to make hardware that customer satisfies is still fantastic, but so weak when asked “what kind of value can you offer in the computer network? "" Can you create new value by being aware of the important trends born all over the world? " Apple is no longer a challenger.

To Apple, the asset is too big. When Steve Jobs returned, the company was about to bankrupt, but now it hold unprecedented $ 24.7 billion in cash. "In order to maintain the current growth rate of stock price, Apple only have to collect heavy tax from each iPhone addicts.". Such motivation drives product development, I presume. If so, it is considerably bad sign, that apple consider not benefit of the customer but profit of itself. This is a phenomenon unique to a big company that has lost its shine. 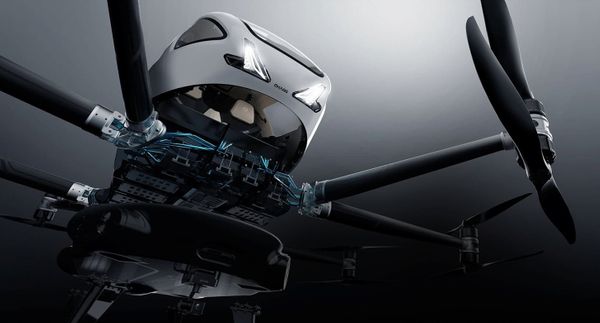 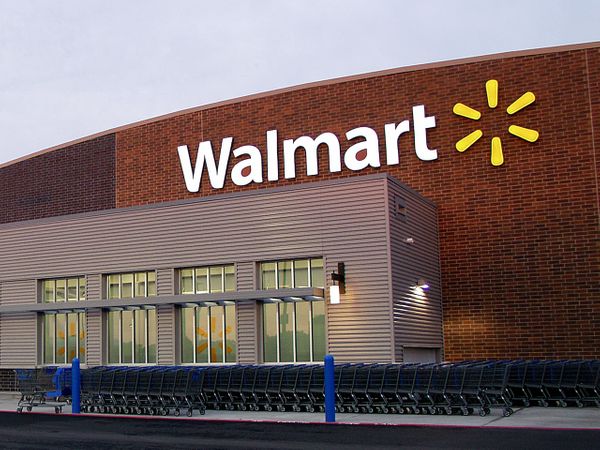 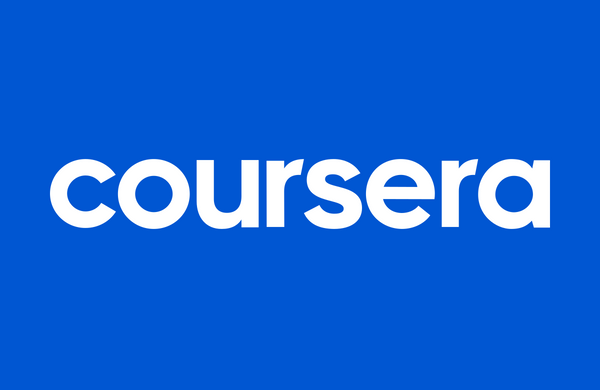